6 Things that you should know before planning your visit to Bhutan.
January 13, 2021
9:25 pm
Visiting any place new is unique and special to every individual. But knowing somethings in advance about the culture you are going to visit is always helpful and saves you from embarrassing moments. One of the Guest from Hong Kong shares 6 six things that one ought to know from her experience. 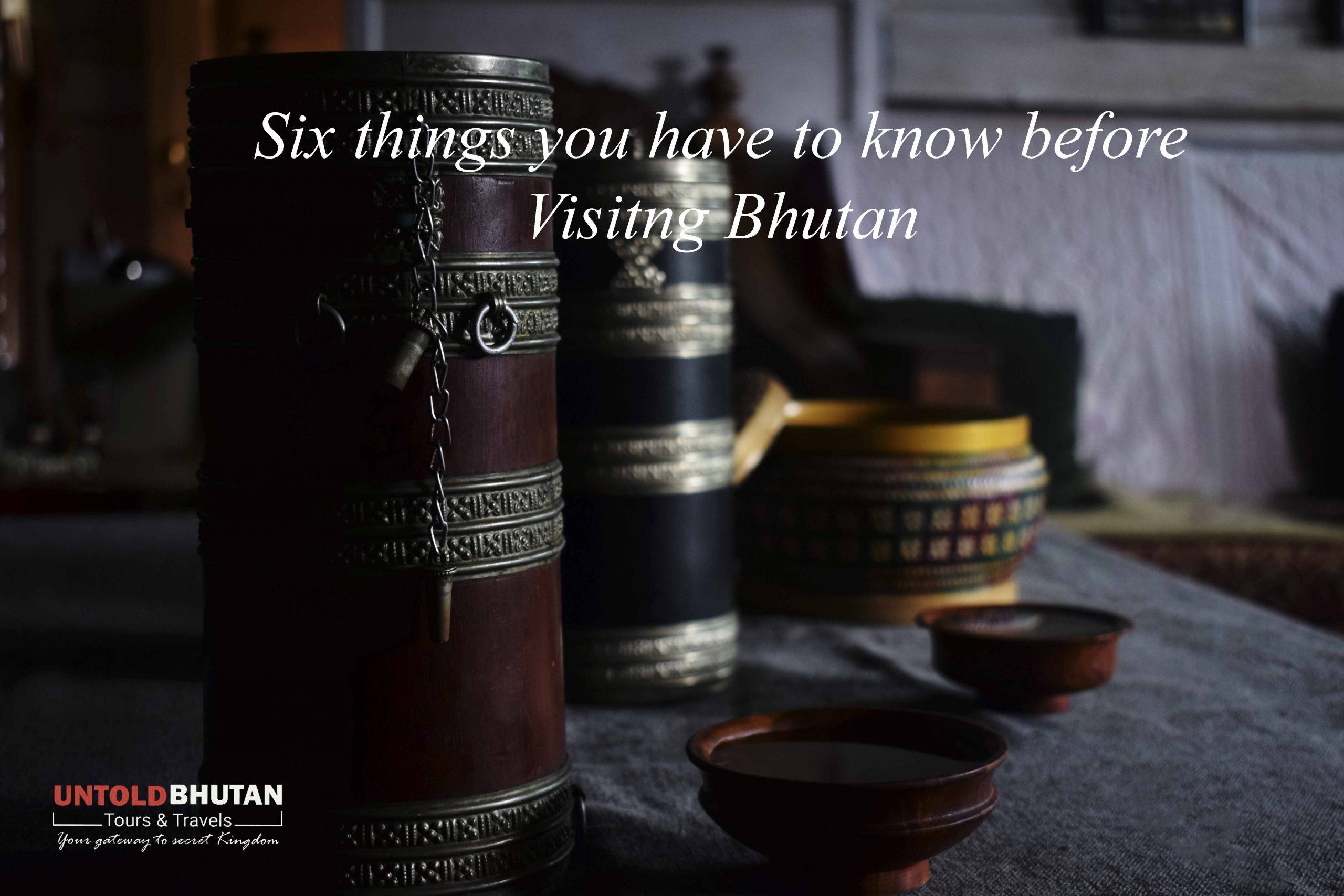 Visiting a new place with new culture is always a unique thing to experience but being prepared is something which might save you from lots of embarrassment. I for one learned it the hard way, so here it is six things that you should know before you plan to visit Bhutan. It might as well save your skin from embarrassing moments during your stay in the kingdom of Bhutan.

Bhutan as you will notice is a nation of temple and monasteries, you will find that the people of Bhutan are religious by nature. When it comes to religion the people of Bhutan are very serious and sensitive to some extent. Their seriousness towards their religion can be seen on their national flag. Bhutan's national flag has two colour in its flag, half yellow and half orange in colour.  I was told that the colour orange signifies the religious part of the nation whereas yellow represents the monarch. So being mindful about it would go a long way in making your trip less embarrassing.

One of the most frequently made mistakes by the foreigners are circumambulating a temple from the opposite direction or rotating a prayer wheel anti clockwise. Bhutanese culture requires that you go around the temple from right, in a clockwise direction and same with the rotation of the prayer wheel.

It so happened that one Indian tourist visiting Bhutan climbed on top of chorten and posted his picture on facebook. This hurt the sentiment of Bhutanese people and caused lots of uproar on social media. But in the end he was forgiven as he did not have understanding of the Bhutanese culture. So even if you do some mistake rest assured that you would not be stoned to death.

As said Bhutan is the country of temple and monasteries, so if you plan on visiting temples make sure that you remove your shoes or any form of hat. Also while entering private houses follow suit of the host. If they take off their shoe then it is recommended that you too follow the suit before you enter the house. Not that they would say anything but it helps your cheek maintain its original colour.

And one more thing about being in the house, you will notice that almost all the bhutanese houses have altar room, not the kind where you offer sacrifice but more of a praying hall. While inside altar room or for that matter inside the premises of any temple, try and keep silence. If you are to sit down on the floor, do so but sit crossed leg, never lie down and point your legs towards any one.

You will notice that Bhutanese people love eating their food, so much that they make no small talks except for asking if you for the second share. I came to know later that it is considered a good manner not to talk while eating. If your host or guest does not talk while eating don’t get offended, it might be that his showing his best manner. Chewing loud and excusing yourself to bathroom break while eating is also considered as a bad manner (but then, if you have to go, I guess you have to go).

One more unique thing about Bhutan is while a drink is being offered, right after you take the first sip, one extra serving is offered. It is said that one should never decline that, Bhutanese people believe it as a bad omen. They believed that doing so will make both the guest and host enemy in their next life. (So if you don't want to be born as enemy than i suggest you take up the second serving with a smile.)

If you happen to visit eastern region of Bhutan you will find people kind of shy at first (take a drink or two with them and you will feel shy from their english). I was also told that it is a courtesy to refuse your host at least once when you are offered food or drink. On the other hand persistence by the host is considered as hospitality and guest should accept after the first formal resistance. Likewise if you are the host, it is expected of you to insist on whatever that you are offering. Only if i had known of it beforehand.

Gifts seems to play a very integral part in a day to day life of a Bhutanese. Right from betel nut offering on informal meetings to gifts wrapped up by local paper, accompanied with a khaddar (white scarf). If you by any chance forgot to buy gift, last minute resort is to gift money inside an envelope with a khaddar. This white scarf you will notice seems to fulfill multiple purpose, right from offering as a gift to waving off farewell and many more.

In Bhutan religious people and elders are treated with honor. Everyone is expected to pay them deference by letting them speak first and standing up when they make their entrance. It is also considered as a good manner to cover the mouth when talking to elders or religious figure.

Royal family in Bhutan is revered with utmost regard. It is always suggested that you never directly look into their eyes until asked of you to do so. That is only if you are lucky enough to ever get a chance to meet them.

All in all Bhutan is a wonderful country with wonderful people, even if you make a mistake they would most probably laugh it off. Their sense of humor is a whole different topic, So in any case don’t worry and let your guide handle it for you.